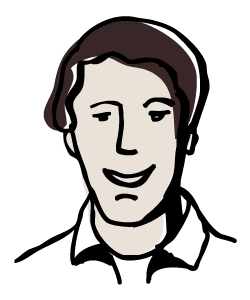 Recently, I began shopping for new pieces of furniture for my home. I needed to find bar stools, a sofa, multiple chairs, and a desk. During my shopping trips, I looked for colorful, classic pieces that will look as stylish 10 years from now as they do today. I absolutely fell in love with a set of bar stools covered in luxurious fabric. These stunning bar stools were trimmed in brushed nickel nail heads. Are you shopping for the perfect pieces of furniture to put in your house? Before buying a couch or chair, sit in it to see if it’s comfortable. Also, find out how you’ll need to clean it. On this blog, I hope you’ll discover ingenious, simple tips to help you shop for the furniture of your dreams. Enjoy!

Each year, more and more people use debit and credit for virtually all of their transactions. Many see "cash-only" as an annoyance that may even mean they won't go back to the store. Will this rejection of cash for daily transactions lead to a declining interest in coin collecting?

Outside of serious collectors, many people's coin collecting was limited to what they got back in their change. If they saw an old wheat penny, buffalo nickel, silver quarter, or dollar coin, they'd be likely to hang onto it rather than spending it or depositing it at the bank.

Part of the fun of this type of collecting was that it was almost like winning the lottery to be handed a rare coin at random. People who don't use cash and don't get change miss out on this excitement.

The flipside of never using coins in day-to-day transactions is that they become more of a novelty. Many people love collecting antiques, and coins are on their way to becoming antiques even if they're still legal tender.

Additionally, when people are used to swiping a card and don't view a coin as convenient money, they might be more likely to hang onto a coin rather than raiding their coin collection when they need one extra quarter to do laundry.

How the Government is Helping Coin Collecting

Keeping coins in circulation is important to money flow even when cash is used in a declining number of transactions. To help keep people excited about getting change, the government started the state quarters program and continues to release limited edition updates of all denominations of coins.

This means that there are more versions to collect and people will want to collect them all.

As coins decline in use, less will be made. This means that there will be fewer available to collectors, and rare coins will become rarer. Additionally, with less new coins being made, collectors will be forced to turn to older coins to meet their demand.

This will only serve to drive up the market for all levels of coin collecting, and if the trend towards eliminating coins, such as the penny, continues, market demand will continue shooting upwards.

To learn more about how to buy and sell rare coins, contact a local coin appraisals company today. To learn more, contact a company like American Precious Metals Inc.